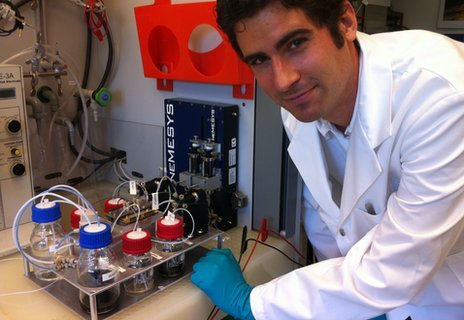 IBM claims that it is learning from nature and building computers that are driven and cooled by liquid like our brains. The human brain loads amazing computing energy into a narrow space, and uses only 20 watts of energy, which is the efficiency IBM is eager to obtain. IBM's latest redox flow battery system draws an electrolyte "blood" through a computer to bring energy in and heat out.

This week Dr. Patrick Ruch and Dr. Bruno Michel presented the most basic computer model in the Zurich laboratory. They hope that by 2060, the computer that currently occupies half of the football field will be placed on your desk in the future. Michel said: "We want to put a supercomputer into a sugar box. The human brain is thousands of times more dense and effective than any current computer. That may be because it uses only an extremely efficient capillary network, Blood vessels can transfer both heat and energy. " 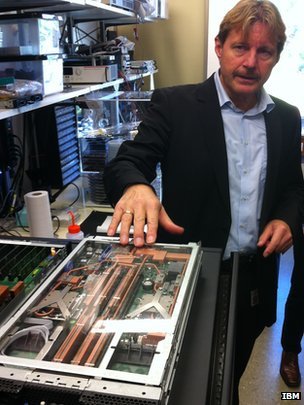 To date, IBM's smartest computer is Watson, which is famous for defeating two champions of the American TV quiz. This victory was called a landmark event in the field of cognitive computing where computers surpassed humans. But Michel called the competition unfair. The brains of the two champions only run at 20 watts, while Watson needs 85,000 watts. IBM believes that energy efficiency will replace computing power as the basic principle of next-generation computer chips. Our current 2D silicon chips are approaching physical limits, and they cannot be further reduced without overheating.

For IBM to truly reproduce the miracle of the brain, it must implement three evolutionary steps, using liquid drive and cooling. Just as blood can transport sugar and remove heat at the same time, IBM is looking for a fluid that can perform multiple tasks. Vanadium is the best performer in a test system similar to a simple battery used in their current laboratory. Redox flow batteries are far from a new technology, and they are not particularly complicated. But IBM is the first company to decide to use this electronic blood as the computer food of the future, and IBM will optimize it in the coming decades.